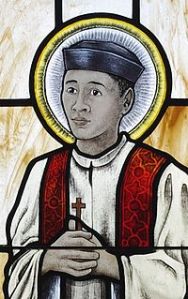 Born in 1795 in the Tonkinese town of Bac-Nihh in North Vietnam, Tran An Dung was the son of pagan parents.

Christianity came to Vietnam through the Portuguese. Jesuits opened the first permanent mission at Da Nang in 1615. They ministered to Japanese Catholics who had been driven from Japan.

In search of work for themselves in 1807, his parents moved to the ancient citadel of Hanoi. Here their twelve-year-old son was taken care of by a catechist and for three years was instructed in the Catholic faith. Baptized in Vinh-Tri, he received the Christian name Andrew (Anrê) in baptism and went on to learn both Chinese and Latin and himself became a catechist.

He was selected for further studies in theology and was ordained to the priesthood on March 15, 1823. An exemplary pastor, Andrew was ardent and indefatigable in his preaching, often fasted, and drew many to the Faith by his simple and moral life.

Severe persecutions were launched at least three times in the 19th century. During the six decades after 1820, between 100,000 and 300,000 Catholics were killed or subjected to great hardship. Foreign missionaries martyred in the first wave included priests of the Paris Mission Society, and Spanish Dominican priests and tertiaries.

In 1832, Emperor Minh-Mang banned all foreign missionaries, and tried to make all Vietnamese deny their faith by trampling on a crucifix. Like the priest-holes in Ireland during English persecution, many hiding places were offered in homes of the faithful. Churches were destroyed; religious instruction was forbidden. Christians were branded on the face with the words ta dao (false religion) and Christian families and villages were obliterated. Many endured extreme privations and hardship; many more were put to death for their fidelity to the Faith.

While visiting a fellow priest, in order to confess himself, Saint Andrew Dung-Lac was arrested with Father Peter Thi on November 10, 1839. In exchange for a monetary ransom paid to their captors, the two priests were liberated, but their freedom was short-lived. Re-arrested not long afterwards, they were taken to Hanoi and severely tortured. Including Saint Andrew Dung-Lac – they were all beheaded shortly before Christmas Day on December 21, 1839.

Persecution broke out again in 1847, when the emperor suspected foreign missionaries and Vietnamese Christians of sympathizing with a rebellion led by of one of his sons. The last of the martyrs were 17 laypersons, one of them a 9-year-old, executed in 1862. That year a treaty with France guaranteed religious freedom to Catholics, but it did not stop all persecution.

These 117 martyrs met their deaths during several persecutions of Christians that swept through the Vietnamese peninsula between the years 1625 and 1886.

Approximately 130,000 gave their lives for the Catholic Faith and further beatifications may be expected from amongst their glorious ranks. Among the 117 that have been canonized were 96 Vietnamese and 21 foreign missionaries.

Of the Vietnamese group 37 were priests and 59 were lay people, among whom were catechists and tertiaries. One of them was a woman, mother of six children. Of the missionaries 11 were Spaniards: 6 bishops and 5 priests, all Dominicans; and 10 were French: 2 bishops and 8 priests from the Société des Missions Etrangères in Paris.

The tortures these martyrs endured were among the worst in the history of Christian martyrdom. The means included cutting off limbs joint by joint, ripping living bodies with red hot tongs, and the use of drugs to enslave the minds of the victims.

Among the 117 Martyrs of Vietnam, 76 were beheaded, 21 were suffocated, 6 burnt alive, 5 mutilated and 9 died in prison as a result of torture.

The priests, Andrew Dung-Lac and Peter Thi, were beatified on May 27, 1900 by Pope Leo XIII and formed part of a group of Vietnamese martyrs beatified together on that day. 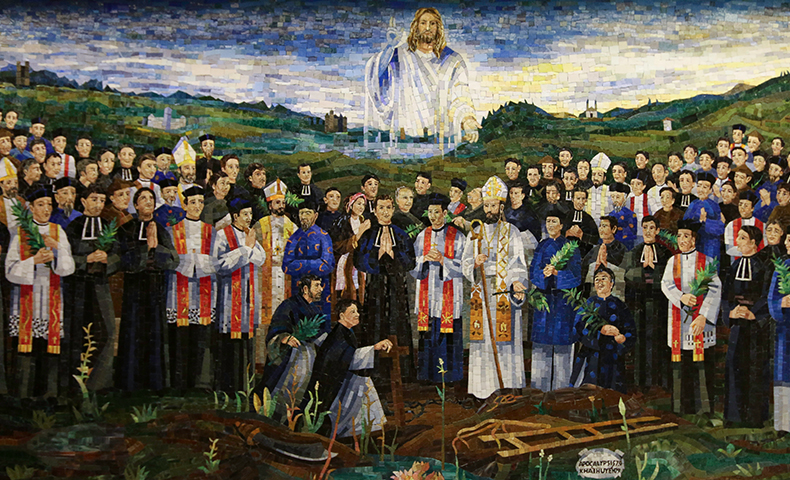