During World War II it was the custom in the United States for a family who had a son serving in the military to place a star in the front window of their home. But a gold star indicated that the son had died in support of his country’s cause.

Years ago, Sir Harry Lauder told a touching story about this custom. He said that one night a man was walking down a New York City street accompanied by his 5-year-old son. The little fellow was interested in the brightly lighted windows of the houses and wanted to know why some houses had a star in the window. The father explained that those families had a son fighting in the war. The child would clap his hands as he saw another star in the window and would cry out, “Look, daddy, there’s another family who gave a son for his country.”

At last they came to an empty lot, and a break in the row of houses. Through the gap a star could be seen shining brightly in the sky. The little lad caught his breath, “Oh, daddy,” he cried, “Look at the star in the window of heaven! God must have given His Son too!” 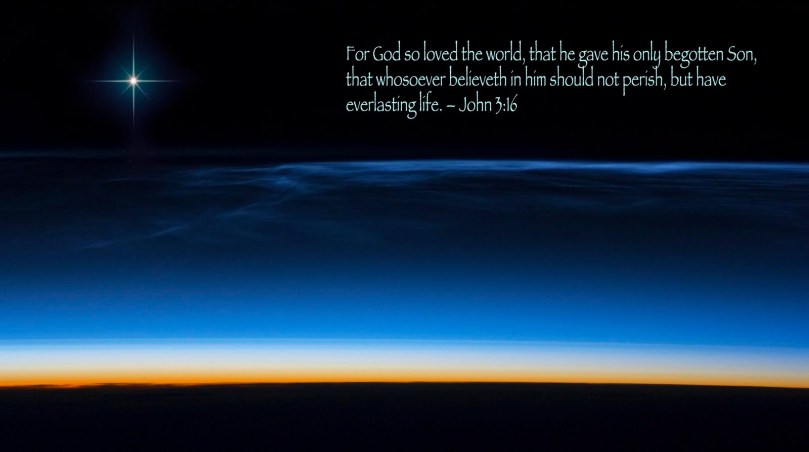 Yes, there is a star in God’s window. Do you realize what He did for you? Out of His love for us, He gave His Son (EPHESIANS 2:4). Have you thanked Him today?

Many give their lives for their country, but Jesus gave His life for the world. For God so loved the world, He gave His only Son to die on Calvary’s tree, from sin to set me free; Someday He’s coming back, what glory that will be! Wonderful His love to me.