Every situation is different and requires its own discernment. Therefore it is impossible to provide a universal response to every personal conflict that may arise. My intention is to offer some principles that might help in various situations. However, underneath each reaction and interaction or lack thereof that we may or may not have with others must be done in the right spirit. This means we must realize that all interactions involve spiritual discernment. Words or silence both have power. I would like to spend some time sharing with you some attitudes and responses we might have with difficult and challenging people. Everyone has their own charism in dealing with issues in their own way, and their own personality. However, there are times when we need to have boundaries.

I would like to first address the diabolical or evil presence of an individual. All of us can be mouth-pieces for Satan. And if we are really honest with ourselves, we will note occasions in our lives when our words were destructive in the life of others. Be assured this doesn’t make you so far gone that you needn’t consider yourself a Christian. Remember: St. Peter was told by Jesus: “Get behind me Satan.” Eve was the first mouth-piece of Satan when she tempted Adam. All of us have some part to play in passing on gossip, lies, personal opinions and impulsive statements that are naïve, that can cause misdirection and disorder in the lives of others. 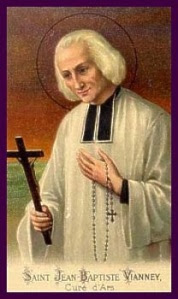 However, there are some people who are so crafty and under the influence of the Evil One (perhaps without knowing it) to such a degree that they should be avoided. These people might be possessed (it is the demon speaking), or they could simply be wicked.

Pope Francis recently drew a distinction between the “corrupt” and the sinner. The sinner is all of us, including the corrupt man. However, the corrupt man is a type of sinner that might not be in all of us.  He is one who knows he is a sinner, yet refuses to admit of it to himself and to others. It may seem that I have contradicted myself here. If a person knows he is a sinner, how can he refuse to admit that? Doesn’t he admit it on some level? Yes. However, there is a whole other level of self-deception, self-justification and self-righteousness that abodes in him.

He is convinced in and through his passion and lack of spiritual integrity that he is righteous when he is not.  Such a man is vicious, and thinks himself (on the surface) to be virtuous.   Again, I think if we are honest with ourselves, this exists to some degree in all of us, but in the wicked/corrupt, it is to such a degree that the person is poison and cancer to be around.  In fact our presence actually enables the person to perpetuate evil. These are the people we should not eat-with.  Such people whose presence brings about a sort of “inner-twisting” whereby we recognize that entering into dialogue with such a person becomes a battle-ground that we cannot win. No matter what you say, no matter how genuine you say it, your words will be used against you. Pharisees did this to the Master, and he was so wise that many times He could answer their questions with such great wisdom that it would confound the people. However, not all of us have such power and wisdom. Many of us, including me especially, can experience a temptation to respond to every objection or every argument or every accusation.  Meanwhile, this is merely the person bating you.  Christ also did respond silent, and at other times he answered questions they didn’t ask, in order to frame the discussion on His own terms.